During my 11 years as a staff journalist at The Daily Telegraph, a period which ended in 2001 with voluntary redundancy just as newspapers were beginning the first wave of the seemingly endless cutbacks that have acted as a wrecking ball to the industry, I lost count of the numerous relaunches, new directions, new initiatives and complete overhauls announced by the company during mass gatherings of staff. Each one promised a bright new future, and yet, more than a decade later, it seems they’re still searching for the right formula. There’s little doubt that a digital-only future is inevitable, but I remain to be convinced that sacking a popular editor renowned as a journalist’s journalist, and giving free rein to a “chief content officer” with next to no experience of national newspapers will provide the bright new dawn they crave. We shall see. 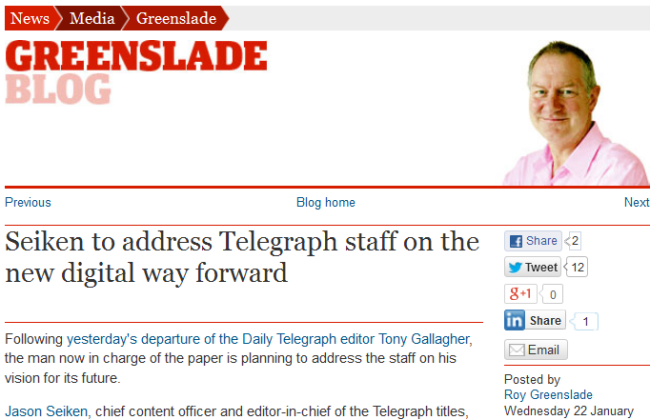