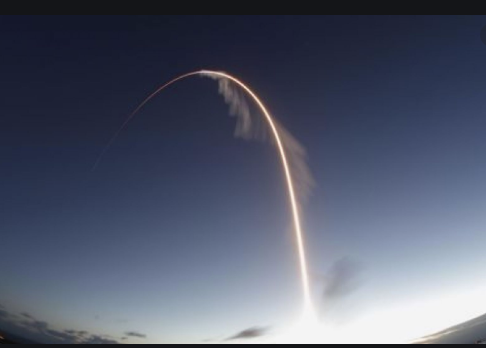 America’s human space programme suffered a setback yesterday when software on Boeing’s new Starliner crew capsule malfunctioned, dooming what was to have been a glittering test mission to the International Space Station.

Jubilation over a spectacular pre-dawn launch from Cape Canaveral in Florida turned minutes later to drama as the crewless CST-100 Starliner, built by Boeing under a $4.2 billion contract with Nasa, failed to achieve the correct orbit because of a problem with an on-board clock known as a mission-elapsed timer.

“It seems the mission-elapsed system had an error and that resulted in the vehicle believing it was a different time than it actually was,” Jim Bridenstine, the head of Nasa, said.

As a result, a critically timed manoeuvre known as an orbital insertion burn did not occur as planned and a temporary lapse in satellite communication links prevented mission controllers on the ground from taking over and performing it manually.

“By the time we were able to get signals up to actually command it to do the orbital insertion burn, it was a bit too late,” Mr Bridenstine said.

It was the second serious blow to Nasa’s Commercial Crew Programme (CCP), through which the space agency has contracted Boeing and SpaceX to build and operate space taxis to ferry astronauts to and from the International Space Station (ISS), 240 miles above Earth. SpaceX’s vehicle, Crew Dragon, flew a successful test mission to the ISS in March but exploded during ground tests a month later.

Boeing’s Starliner vehicle was in a “safe and stable” path around the planet this evening, but waas unable to reach the ISS. Mission controllers will send commands to bring it back through Earth’s atmosphere and land it using parachutes at White Sands Missile Range in New Mexico on Sunday.

The problems put an ironic twist on a mission that was intended to test the capsule’s suitability for crewed flight; had astronauts been aboard, the mission might have been saved.

Nicole Mann, 42, a Nasa astronaut who had been due to fly Starliner’s first crewed mission early next year, said: “We train extensively for this type of contingency and had we been on board there would have been actions we could have taken.”

Mike Fincke, one of her two crewmates, said: “This is why we flight-test, to get all the bugs out of the system.”

The loss of Starliner’s inaugural mission comes at a critical time for Boeing, which is facing questions over the safety and reliability of its passenger aviation operations. Three days ago the company halted production of its 737 Max passenger jet amid a federal safety review prompted by two fatal crashes that killed 346 passengers and crew.

The company is said to have known of anomalies in its in-flight software before the loss of Indonesia’s Lion Air Flight 610 in October last year and Ethiopian Airlines Flight 302 last March this year.

At a press conference, Mr Bridenstine rejected comparisons and declared himself “very comfortable with Boeing”, adding that space flight is “not for the faint of heart”.

He added: “We do really difficult things and we do it all the time. Yes, we have challenges, but what do we do? We find them and we fix them and we move forward.”

The issue will delay hopes of having humans aboard Starliner within the next few months. Jim Chilton, senior vice-president of Boeing’s space and launch operations, said: “We ended up in a place in space we didn’t expect to be, but we don’t see a hardware issue. What we know is the vehicle wasn’t on the right timer, what we don’t know is why.”