Half a million people or more will throng America’s gateway to space tomorrow for the maiden flight of the world’s mightiest rocket – a launch that could represent one giant leap for the nation’s lunar and Martian ambitions.

The blast-off of SpaceX’s unmanned Falcon Heavy rocket will bring crowds to Cape Canaveral and surrounding region on a scale not seen since the heyday of the space shuttle era, with some comparing the significance in spaceflight terms to that of the Apollo moonshot programme that ended in 1972.

“SpaceX are pushing the bounds of innovation in ways that Americans haven’t done in space since Apollo and that’s really what people are excited about, it’s why they want to be there,” said Tommy Sanford, executive director of the Commercial Spaceflight Federation. 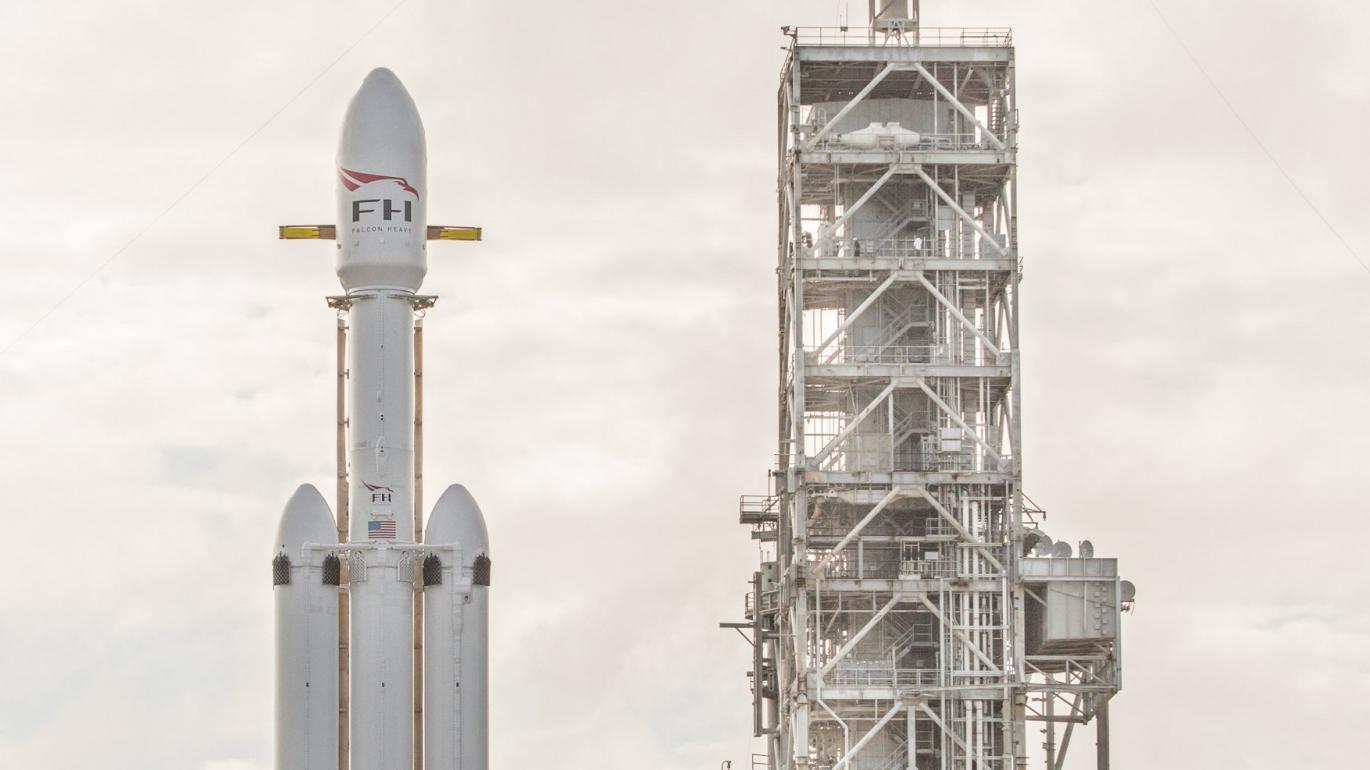 Buzz Aldrin, the second man to walk on the moon, will be among the crowd at Kennedy Space Centre to see the 27-engine Falcon Heavy lift off from Launch Complex 39A, the same pad from which he, Neil Armstrong and Michael Collins thundered aloft on a Saturn V rocket nearly 49 years ago, for the Apollo 11 mission.

Crowds will pack beaches, parks and causeways to see the launch. Hotels and campsites are at capacity and tickets to view from close quarters from KSC property, alongside space veterans and dignitaries, are sold out.

“Come see, hear and feel one of the most dramatic events on Earth,” the Space Coast Office of Tourism urges sightseers.

Whereas KSC was the launching point for all of Nasa’s manned space ventures – starting with Project Mercury in 1961 – the end of the space shuttle programme in 2011 forced the hallowed spaceport into a state of flux and the local community into an economic slump.

Falcon Heavy – the most powerful rocket since the Saturn V in terms of its heavy lifting capability – is a product of a new, commercially-led space race that has reinvigorated KSC by introducing competition as a driving force for progress.

Eric Garvey, executive director of the Space Coast Office of Tourism, said: “This is rocket science, it’s a complicated, amazing feat. The leaps in progress made by the private sector have really stimulated interest in what’s going on here, not only in terms of rocket launches but also in the future of sending humans back into space.”

The launch will not only be a milestone for SpaceX and its billionaire founder, Elon Musk, but a game-changer for humankind’s capabilities in space. Falcon Heavy is designed to haul into orbit payloads of up to 64 tons – more than a 737 aircraft loaded with passengers, luggage and fuel – and to reach deep-space destinations including the moon and Mars. Due to its reusability, it costs just $90 million to launch, compared to $400 million for a Delta IV Heavy, the next closest vehicle in operation.

It will also provide a stepping-stone towards SpaceX’s next big production – an even more powerful rocket that Musk intends to be a mass transit system for landing humans on Mars.

Eric Stallmer, president of the Commercial Spaceflight Federation, said: “Falcon Heavy is a major shift in the way we launch, what we launch and how we have built and developed these new systems.

“From a visual perspective it’s a tremendous event, but from a business and policy perspective it’s a big deal because it is the first privately-funded rocket of its type, independently designed, built and manufactured by a non-government entity. If we’re talking about future exploration to the moon, Mars and beyond, the commercial sector is now developing viable options…Nasa can’t do it without them. This is an exciting time.”